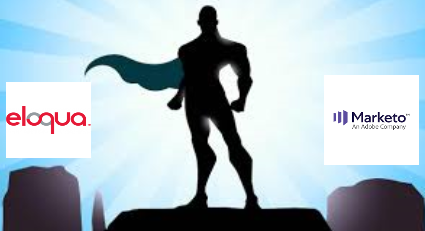 For five and a half years, I spent my days learning Eloqua, helping with Eloqua curriculum development, and teaching others how to use Eloqua. I lived and breathed Eloqua and found myself very comfortable with the platform. Any time a new update came through, big or small, I worked with my team to learn it quickly, then turn around and teach it. Eloqua was life, and it was the only marketing automation platform I knew.

Recently, I joined an incredible team at Marvel Marketers. As a Marketo partner, the team is primarily versed in Marketo, and few are familiar with Eloqua. I was a new addition to the team, and a new source of information and education. I hit the ground running, and began absorbing Marketo like a sponge, trying to prepare myself to eventually teach Marketo, just as I had for years in Eloqua.

My latest project at Marvel Marketers was to create a course offering of “Marketo for Eloqua Users.” It’s almost as if I was retroactively creating a Bootcamp program that would have helped me learn Marketo. In doing so, I found myself creating a mental chart, comparing terminology and features of Marketo and how they compare to those of Eloqua. In doing so, I thought it might be fun to provide that comparison, in a short Reader’s Digest version, here on our blog.

Folder structure and campaign organization are quite different between Marketo and Eloqua. In Eloqua, you may have assets and reporting all associated with a specific campaign. All of those emails will be in the Emails folders, all of those landing pages will be in the Landing Pages folders, and so on. You will need to set up your folder structure and naming convention individually, and identically, across all asset types to associate them with a common Campaign. This is great when you’re trying to organize your emails, or organize your landing pages, but what if you want to group ALL assets from a campaign together? It’s not possible in Eloqua. 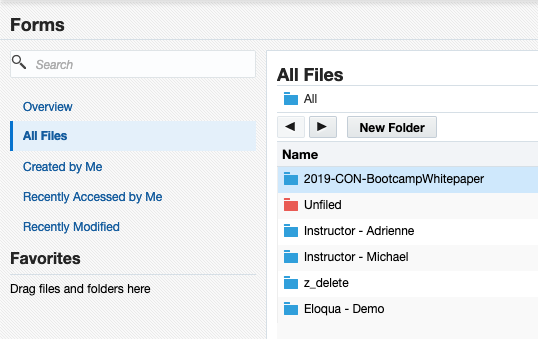 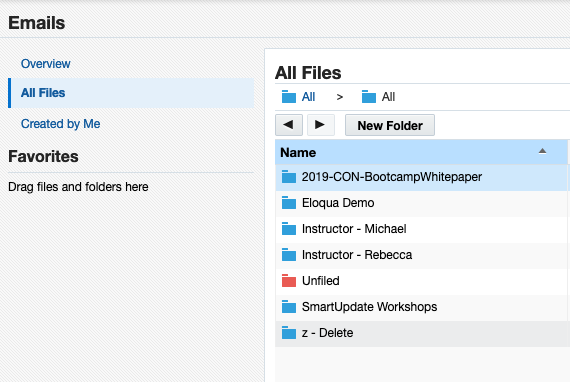 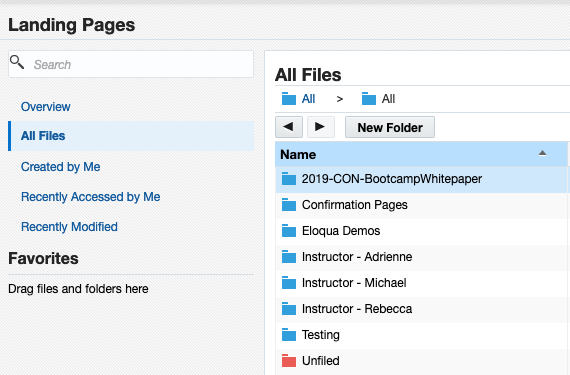 In Marketo, however, this is possible–and a huge advantage over Eloqua in terms of organization. When you create a Program in Marketo, you have the option to create folders specifically under that program. For example, a Webinar Program could include all emails, forms, landing pages, reporting, and more within that Program folder. As a best practice, create an “Assets” folder, and a “Campaigns” folder for every Program you create. 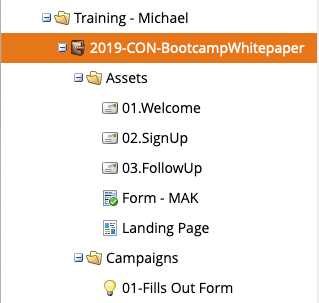 What does this do for you as a Marketo user?

When working in Eloqua, you may create an invitation email and then need to create a follow-up email. Rather than creating a second email from scratch, you can simply make a copy of that email and make the appropriate changes. This is an easy shortcut when trying to maintain a consistent look and feel of an email. But what if you need to clone an entire campaign–all the assets, the workflow of a campaign, the segments, and everything else? That would take quite a bit of time copying each and every asset in an Eloqua campaign. 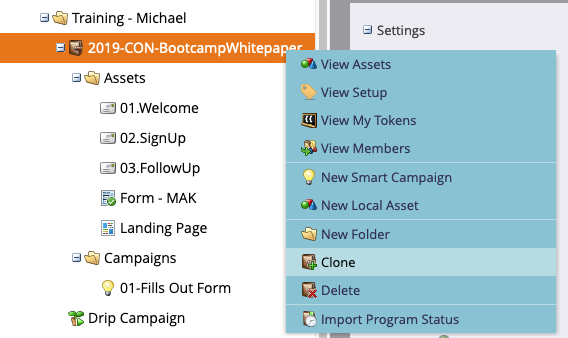 A major benefit that Marketo offers in terms of Program development and management is the ability to clone entire programs. Just as I mentioned before, you might have many assets within a single Webinar program. When you can clone an entire program, you simultaneously clone all the appropriate and associated assets within that program. With Eloqua’s asset-specific folder structure, this option is nonexistent. Pair in the power of Program-level tokens, and Program creation becomes quick, easy, and efficient in Marketo.

Smart Campaigns vs. The Campaign Canvas 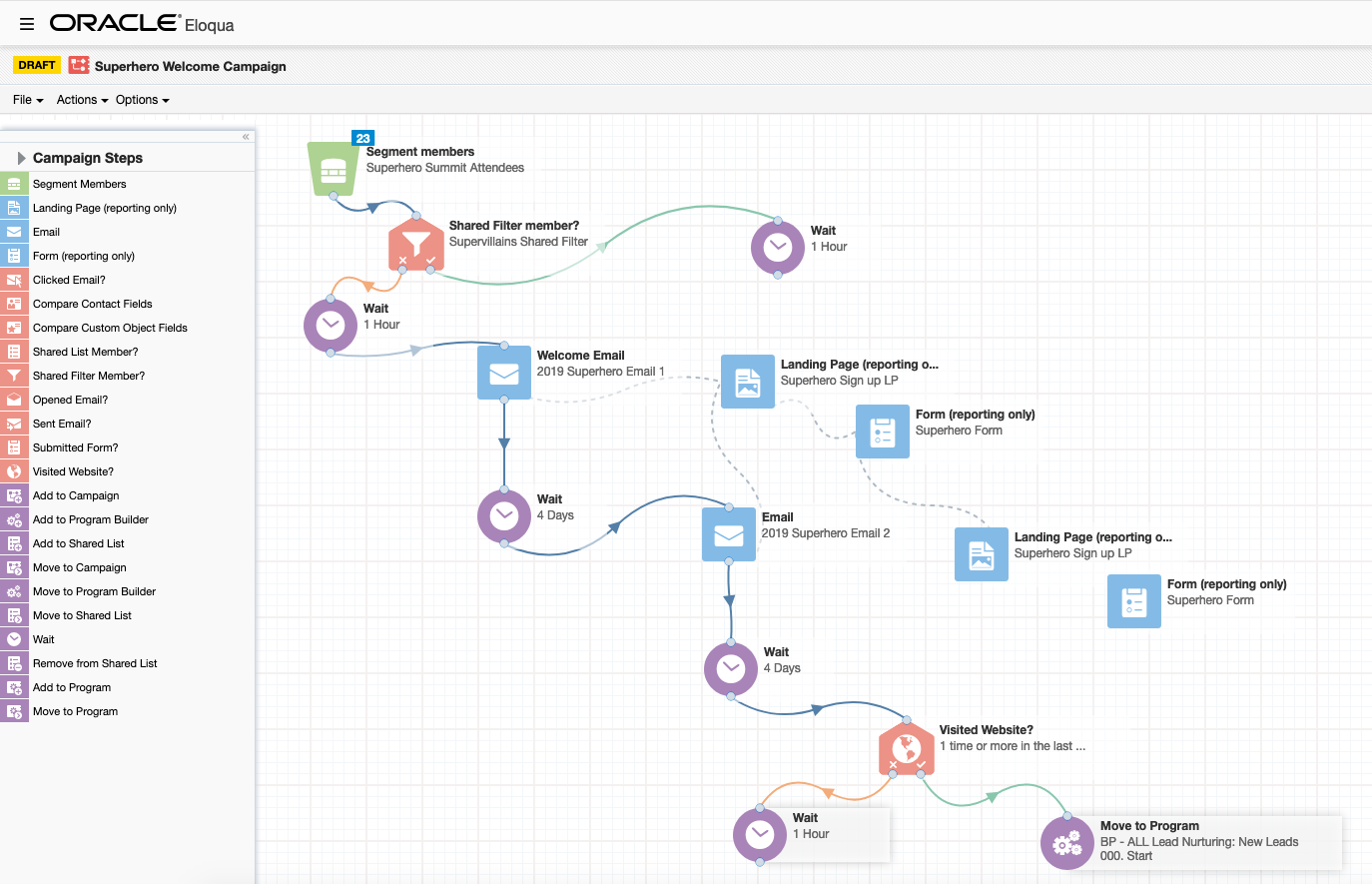 Let’s break down the Who/What/When/Wow of Marketo’s Smart Campaign, and align it with the closest feature in Eloqua’s Campaign Canvas.

When creating Campaigns in the Campaign Canvas using Eloqua, you can get complex, multi-directional, decision-based campaigns all within one centralized location. In Marketo, these flow steps are usually broken down into multiple, smaller Smart Campaigns, each one defining a portion of the workflow of a program. As an Eloqua user, and a Visio Workflow aficionado, this is my biggest adjustment using Marketo. I like workflows and visual representations of them, so it’s a bit of a challenge changing my mindset to using the step-by-step layout of the Flow in Marketo. 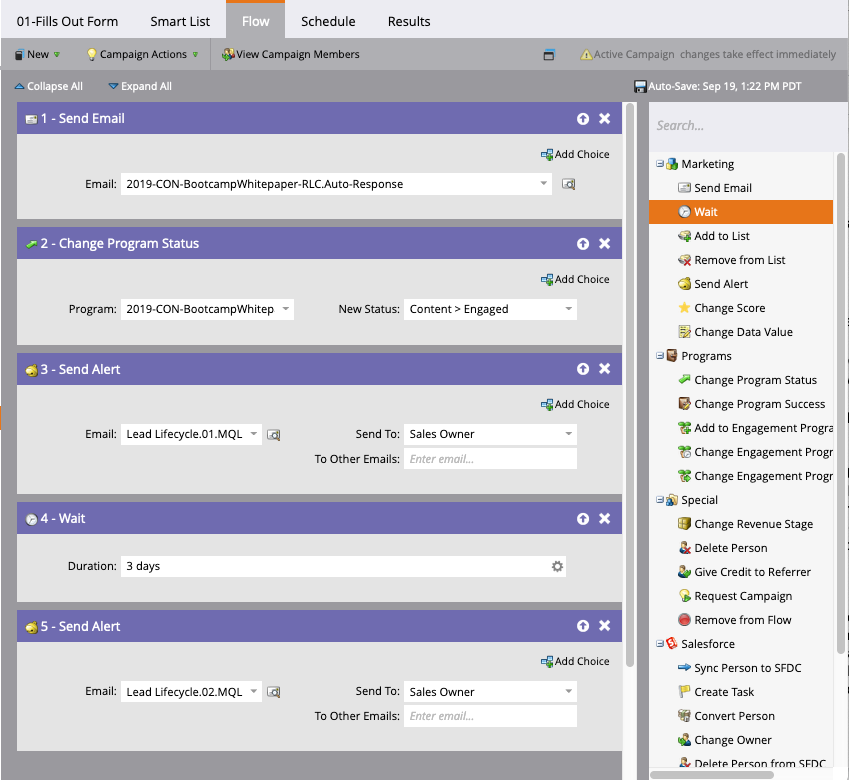 There are benefits, pros, and cons to every Marketing Automation platform. I’ve only seen these two, and can’t even comment on others, like Pardot, Hubspot, etc. I will say I’m a fan of many of the features of Marketo. But it’s a bit of an adjustment from Eloqua. Here’s hoping the creation of this “Marketo For Eloqua Users” course that I’ve developed helps other users in my position. Whether joining the Marketo community through an acquisition, a new job, or a migration to a new system, it sure is helpful to have a translator to learn one through the knowledge of the other.

If you’re an Eloqua user who needs to transition to Marketo, be sure to sign up for our newest Bootcamp, “Marketo for Eloqua Users.” This is the first-ever training of its kind, and you can even qualify to take the four-day course for FREE. Find out how by clicking here.

At Marvel Marketers, I split my time and efforts as a trainer and consultant, bringing education and experience from Eloqua and Marketo. In my non-work-life, I enjoy movies, carbs, and my adorable cat Gia. View all posts by Michael Kirsner